On September 25, 1965, the Eastside Baptist Mission was organized at the First Baptist Church in Parkland, Washington. There were 16 members present including Rev. O.R. Pigford, Founder. The services were opened with songs, Scripture and prayer by Rev. Pigford after which the meeting was turned over to the area minister, Rev. Omer Hyde. Rev. Hyde explained that officers could be elected or the Founder/Minister could appoint officers.

In February 1966, the Eastside Baptist Mission became Eastside Baptist Church when the church purchased property at 3575 Portland Avenue. Rev. Pigford served the church until he resigned in 1972, when Rev. M. C. Connally became pastor. Under pastor Connally’s leadership the church grew numerically, spiritually, and financially. The mortgage on the property was retired. The first four deacons were ordained under Rev. Connally. They were: Tom Jones, Jerry Rogers, William Factory, and Lee Jones Jr. Rev. Connally’s vision lead the church to purchase the property adjacent to 3575 Portland Avenue, for future expansion. Pastor Connally served faithfully until his death in 1983.

After prayerful consideration the church voted on October 19, 1983 to extend the call to Rev. John Everhart who served until February 18, 1985. Under his leadership the church purchased plans to construct a new church. The church was without a pastor for a short period of time until June 1, 1985, when the call to leadership was extended to Rev. Edward Evans. Under pastor Evans’ leadership on September 2, 1987, loan approval was received. On October 21, 1987, Rev. Evans resigned. During this transition area ministers Rev. Bruce Homefeldt and Rev. Dr. E. S. Brazill were instrumental in supporting Eastside’s building effort with ABEC.

The church felt the need for continued leadership and guidance. Under the direction of the Holy Spirit on November 11, 1987, the church extended the call to Rev. Arthur C. Banks to become pastor. Under Pastor Banks’ leadership ground-breaking ceremonies were held on Easter Sunday, April 3, 1988, and construction began immediately thereafter. On August 6, 1988, the congregation of Eastside Baptist Church marched from the location of the old church into our New Church. The first worship service was held that evening. On August 7, 1988, the First Sunday Worship and Communion Services were held. The church was officially dedicated on August 28, 1988. Participating were area ministers and community officials. Rev. Dr. Edgar W. Bratton, president of The North Pacific Baptist Convention, delivered the dedication message. In the 1988 Annual church meeting the Church voted for the first time in its history to support a full-time pastor.

The church has been blessed under Pastor Banks’ leadership. Just a few of these blessings are: increased membership from 68 active members to a current membership of over 400; on September 18, 1994, Eastside held its first early morning (8 a.m.) worship service with 56 present; in 1992, we acquired two portable buildings for the purpose of classroom space; and we started a Children’s Church worship that has an average attendance of 30 plus. On December 4, 1997, the Lord blessed Eastside to retire the mortgage on the church seven years early and the mortgage was burned in a formal ceremony on December 28, 1997. Eastside is not at ease in Zion; however, in our Annual Church meeting the church voted to proceed with the second phase of the building which consists of classroom space and a fellowship hall. On March 14, 1999, the Lord blessed Eastside to officially begin the second phase of the building with a ground breaking ceremony. The members of Eastside had their first services in their newly remodeled church on June 27, 1999.

Since 1999, Eastside has been involved with, participated in, and/or sponsored many events and programs, such as continuing to support missionary pastors in Africa and participating annually with World Vision servicing over a thousand youth. We continue our Mission work in feeding the hungry, emergency assistance within the community, a winter blanket drive and Thanksgiving and Christmas baskets. Our youth have benefited from their participation in our Summer Enhancement Program and the Tacoma Links-sponsored Spelling Bee. We have purchased new carpets, new banquet tables for the multi-purpose room and classrooms, new musical instrument and repainted several times. 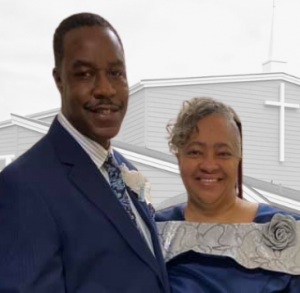